With works and texts created by forty artists from the 60s onwards, the exhibition Ekphrasis, writing in art shows how these artists have used painting or sculpture on the one hand and writing on the other as a means of replacing or describing an image.

Artistic writing is an ancient tradition, whose different aspects have assumed, over time, extremely varied modalities and roles – from theoretical treaties (Leonardo da Vinci), autobiographical memoirs (Benvenuto Cellini), historical and critical texts (Giorgio Vasari), to poetry (Michelangelo) – while also directly integrating with plastic works and visual art through the use of letters in the alphabet, words and texts.

In his text on neo-rhetoric practices, Roland Barthes describes Ekphrasis as “an anthological fragment, which can be transferred from one discourse to another”.

In the framework of this exhibition, the chosen term should not be interpreted literally, but rather as a title as close as possible to the attitude adopted by certain artists, which consists not only in producing images through writing, but also in practicing it, in order to render it similar to the origins of the creation of its own image.

In synthesizing further, we could define the aim of this exhibition as an observation and reflection on the works and texts created by artists who are inclined to think with images. 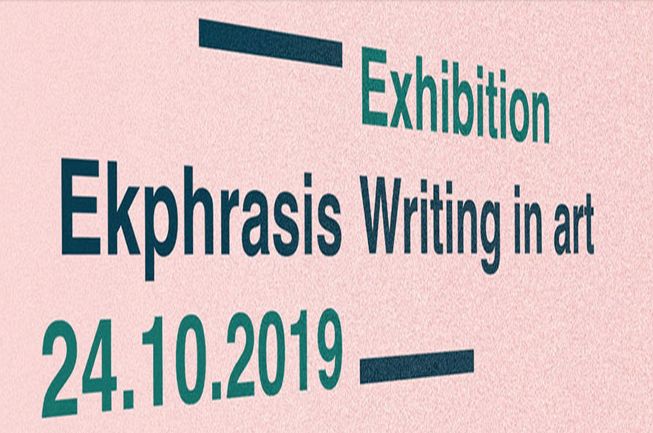